The Heinrich Rothschild Hat and Accessories Store was founded in 1882 and located at 86 Sendlinger Strasse in Munich. The company manufactured and sold women‘s hats. In 1936 Heinrich’s sons, Otto and Joseph Rothschild, became the store’s managers. Due to the pressure of the Nazis' persecution policy, the Rothschild brothers decided to sell the business to four of their Aryan employees in October 1938. Negotiations, however, came to a sudden halt after the pogrom of 9/10 November 1938. The Nazis ordered that the firm be liquidated by the „Münchner Revisions- und Treuhandbüro“ (Munich Auditing and Trust Office) Arthur Marschner.

The company’s inventory included both hats manufactured in Munich and also hats from Paris and London that were used as models for future creations. The original liquidation plan had been to sell the complete stock at a knock-down price to a wholesaler. However, in February 1939, the Chamber of Industry and Commerce decreed a compulsory liquidation to any interested party. The Chamber sold the stock to Munich businesses, the general public, and the Münchner Stadtmuseum. The Museum director, Konrad Schießl, bought 92 hats from the inventory of Heinrich Rotschild Hat and Accessories at a price well under market value. The family received none of the profits.

On 3 April 1940 Otto Rothschild and his wife, Dora, managed to flee to New York City in the USA. Joseph Rothschild also fled to the USA, reaching New York in October 1946 and living in Taos, New Mexico, for most of the remainder of his life. Their sister, Lilli Rosenthal, née Rothschild was deported to Kaunas in 1941 where she was murdered on 25 November 1941. Adele Rothschild emigrated to England, where she died in 1940.

In February 1948, Otto and Joseph Rothschild first applied for the return of the company assets of which they had been robbed. It was not until 2 December 1969 that a settlement was reached by the restitution board at the District Court I in Munich. The brothers were awarded a compensation payment for their business of just 32,500 German Marks. Neither Otto nor Joseph lived to witness this decision. Otto died in New York in 1951, and Joseph died in Munich in 1963.

After the Münchner Stadtmuseum had researched the origin of the 92 Rothschild hats, in 2016 they tracked down Otto Rothschild’s heirs, who now live in Great Britain. The Rothschild heirs visited the Museum to see the hats, informed Lilli’s family members of the hats‘ existence, and redoubled their efforts that began in the post-war years to locate Joseph’s heirs. Since then the descendants of Otto, Lilli, and Joseph have been reunited. Seventeen members of the Rothschild family from worldwide locations honored their common heritage in April 2018 by convening in Munich for the exhibition Formerly Jewish Property – Acquisitions by the Münchner Stadtmuseum during the Nazi Era. Since then the museum and heirs have been collaborating to find a mutually acceptable agreement for the disposition of the 92 hats. 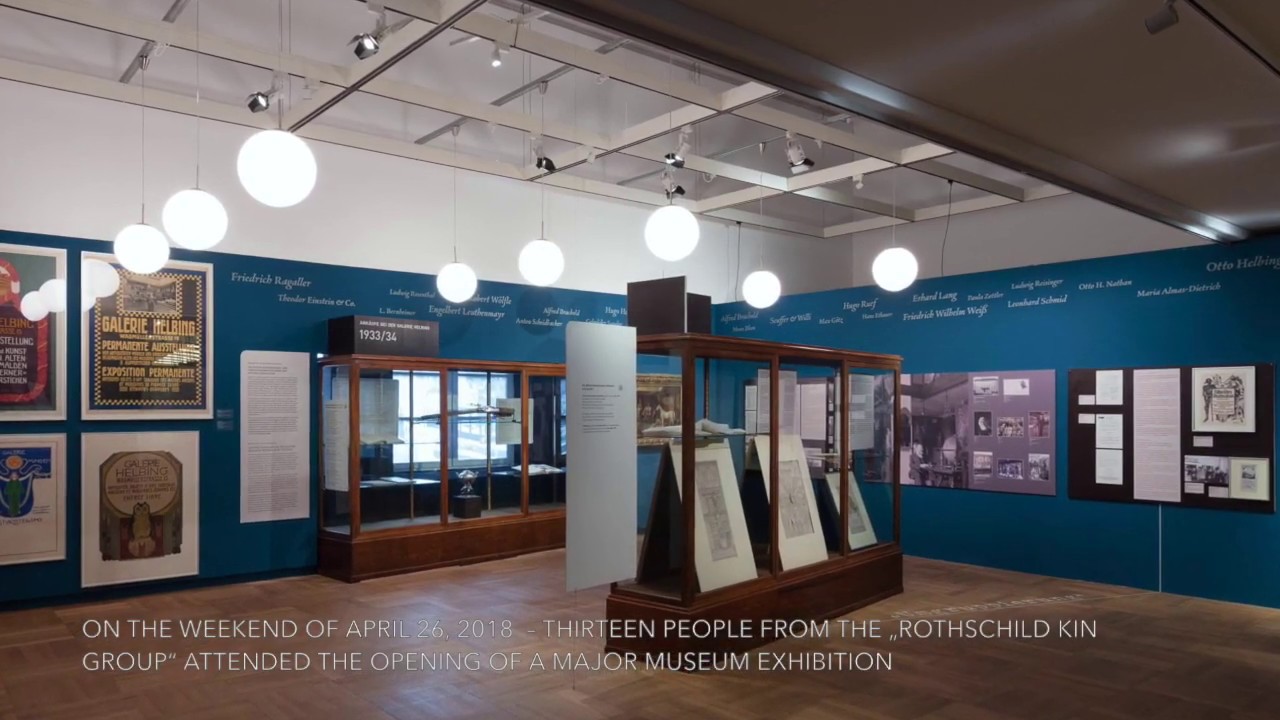