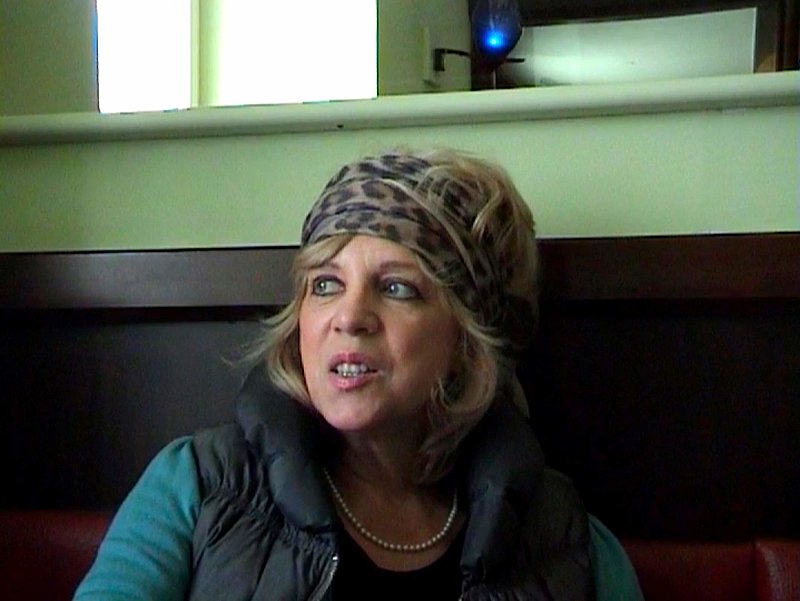 Faces of the city

In 1996, artists Kurt Benning (1945–2017) and Hermann Kleinknecht (b. 1943) started work on a long-term project – “Videoporträts” (video portraits). It involved getting members of the Munich art scene along with ordinary people of all social classes, professions and ages to talk about the things that matter to them. What started out as a project focusing solely on leading figures in the Munich art scene soon broadened its scope to include people from all walks of life, from art historians to building contractors, writers to taxi drivers and tax advisors to seamstresses. What emerged was an extremely diverse collection of (self-)portraits of individuals who reveal themselves not only through the spoken word but also through tone of voice, gesture and body language. The Münchner Stadtmuseum has showcased around 50 of these video pieces featuring eminent Munich personalities alongside some of the city’s less well-known inhabitants. By depicting a broad spectrum of very different people, these video portraits provide a compelling snapshot of contemporary Munich society.

In "Bilder für Alle" (A Picture for Everyone), the exhibition further presents a selection of open projects by artists working in the spirit of Benning and Kleinknecht to democratize the medium of the portrait, traditionally the preserve of the most privileged social classes.

As part of an exhibition of dog photography at the Münchner Stadtmuseum in 1989, museum photographer Kerstin Schuhbaum (b. 1957) placed dogs and their owners in the middle of the exhibition, against the backdrop of a plain white linen sheet, and took their photographs. Her aim was to investigate whether there is any substance to the cliché that dogs often look like their owners.

To mark the 25th anniversary of Munich street magazine BISS, photographers Barbara Donaubauer (b. 1975) and Ulrike Frömel (b. 1968) opened a pop-up portrait studio in the city’s Wittelsbacherplatz square during the summer and fall of 2018. Under the motto of “Ein Bild für alle” (A Picture for Everyone), they gave away free portrait photos to anyone who wanted one. They were able to reach out to people who had probably never entered a portrait studio in their lives and could never otherwise have afforded to have their photo taken. In total, they produced around 100 portraits depicting a cross-section of Munich society. The photographers will repeat this project at the exhibition on two further dates.

Munich artist Jadranka Kosorcic (b. 1972) arranges “blind dates” to let her draw people she has never met before. Anyone wishing to take part can apply by email. Kosorcic sees her work as “an encounter and the opportunity to see people close up, to get to know them through and in the process of drawing their portraits, to capture their essence by means of a traditional medium, while placing them a novel social setting.”

In her 2018 project "Stundenporträts" (One-hour Portraits), Munich artist Gabriele Drexler (b. 1966) produced paintings of visitors to the "Kunsthaus Raab", a temporary exhibition space in Munich’s Neuhausen neighborhood. Her work explores the now rather outmoded genre of portrait painting.

These contemporary works complement the large number of predominantly historical portraits in the Münchner Stadtmuseum’s collections. They explore new ways of representing the people who live in our city, crossing the boundaries between individual and stereotype.

1966 Born in Munich
1991 Studied painting at the Academy of Fine Arts (under Horst Sauerbruch)
1996 1. Staatsexamen (university examination)
2001-2003 Special Fellowship of the Bavarian State Ministry for Science, Research and the Arts
2002-2004 Studio grant from the Bayerischer Kulturfonds (Bavarian Culture Fund)
Lives and works in Munich
www.gabrieledrexler.de

1957 Born in Landshut
1980-82 Studied at the Bavarian State Institute of Photography, Munich
Lives and works in Munich